Bri-Stor Systems took a very special delivery this week in the form of the Ultima RS Supercar in kit form. The project for our third year engineering apprentices, will put a lot of what they have learned over the last few years into practice.

The incredible car, manufactured by Ultima Sports will be delivered in three stages and this week saw the arrival of the frame, gear box, wiring loom and brake kit. Over the next eighteen months, third year Apprentices from Bri-Stor Systems and Alpha Manufacturing will come together to assemble the amazing machine under the guidance of the group apprenticeship manager Will Davies-Hill.

In previous years Bri-Stor Group Apprentices have worked together to produce Caterham kit cars during a twelve-week team project. To date, three Caterhams have been produced by Bri-Stor Group Apprentices, with a day of driving them at Oulton park race track to look forward to once completed. This year, the bar has been raised for the young engineers with a much more complex and involved assembly required to produce the 800 horsepower, V8 Ultima RS.

Spending one day per week working on its construction, it’s expected that this build will take around 18 months to complete, as opposed to the 3 months required for a Caterham build. Once completed, it will be branded with livery from Bri-Stor Group graphics department Hex Signs and Graphics, just as the previous Caterham cars have been. 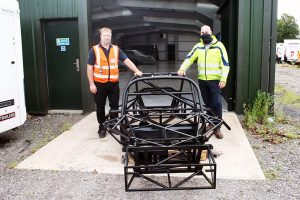 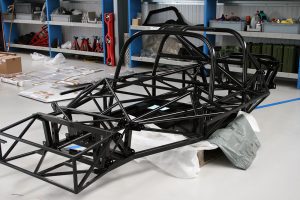 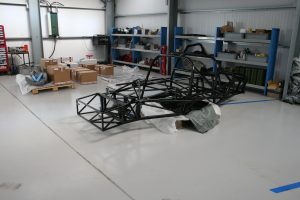 Group Apprenticeship Manager Will Davies-Hill explains the value of a project like this:

“Our apprentices love this project every year, it’s quite unique. They get to be hands-on, working together on something different and exciting. It gives them a break away from their usual learning whilst still allowing them to develop team-working and engineering key skills. The pride the group have on completing a project like this is incredible and it’s always a talking point across the whole business when the finished article is unveiled.”

Due to begin in October, there is already a buzz among Bri-Stor and Alpha Apprentices, who are keen to get started on the project and this first delivery of parts has further added to the excitement.