Bri-Stor’s accounts clerk Sue Hunt celebrates 15 years with the company, after initially starting in the sales team back in 2005. Sue has seen a number of changes to the company during her fifteen years, she has watched and helped the company grow into what it is today. 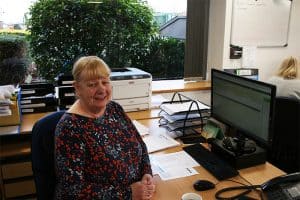 Her fifteen years in the company have lead Sue into a number of roles working all over the Bri-Stor group, including working in the purchasing team over in Alpha Manufacturing. The last 12 years have seen Sue work within the Bri-Stor accounts department, where she has said the best part of her job is the people she works with.

Sue, along with others from across the Bri-Stor Group who have achieved long service milestones will be recognised around the business over the coming weeks as well as receiving an extra day’s annual leave.