Growing up in an ‘engineering’ house, Ellie was pretty committed to the idea of also becoming an engineer but wanted to earn a salary at the same time as training.  Finishing school after her GCSEs she accepted a post on Bri-Stor Group’s highly acclaimed Apprenticeship Scheme, enabling her to continue her education at The JCB Academy and getting her into the workplace.

Ellie tells us about her journey so far: “My dad is an engineer at JCB so from a young age I knew I wanted to take the same route.  I really liked the idea of earning a living at the same time as training which ruled out university really.  I knew an Apprenticeship would be a good route for me.”

Ellie attended school at the The JCB Academy so going back as part of the three-year Apprenticeship took some adjustment, as she continues: “It was a bit weird going back to The JCB Academy with a work-mindset, but I got used to it pretty quickly.  The teaching staff treat you like a young professional, rather than a pupil and that makes a big difference.  Making that switch from school to work is really important, it puts you in the right frame of mind for learning new, really advanced skills.”

Now in year three of her Apprenticeship, Ellie has not only developed a huge range of skills as an engineer she has also gained significant confidence, as she describes: “In year one we went on the residential trip to Elan Valley, it was one of the highlights of the year.  It enabled us all to really bond as a group of Apprentices and we got to know each other really well, it was one of the best trips of my life.  For some Apprentices the experience of outdoor pursuits might seem daunting, but it felt like a trip away with mates, rather than a school trip.

“The other significant highlight for me was the building of the soap box car.  It was a real confidence booster, and we all made an equal contribution to the challenge.  I loved year one, it was a real leveler for everybody, no matter how well you’ve done at school, you’re all starting at the same point and growing together.”

As Ellie nears the end of her Apprenticeship, she has grown in confidence beyond recognition and is excited for her next career move, she concludes: “I’m proud of my achievements, particularly as a girl in engineering.  For every woman that joins this industry, we’re making it easier for the next one! Bri-Stor Group has a strong reputation for developing and nurturing women in engineering and I’m glad to be part of this business.”

Would you recommend the Bri-Stor Systems Apprenticeship Scheme? “Girl or boy, this Apprenticeship Scheme is first class.  I found my feet really quickly considering I was only 16 when I joined and looking back it’s all the team working opportunities you get.  Being an Apprentice is all about growing, personally and professionally and now I’ve got all the skills for the next chapter of my career.”

Want to join the Bri-Stor team? We’ve got 11 places up for grabs on our higher apprenticeship scheme across a number of departments. Find out more! 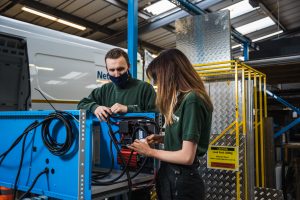 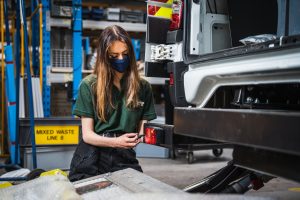 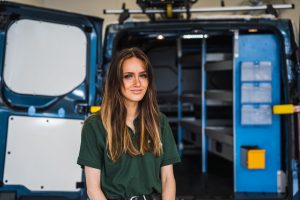