Growing up in Staffordshire, just a few miles from the family business, Martin Smith spent much of his childhood watching his parents build Bri-Stor Systems Limited (Bri-Stor is an abbreviation of British Storage).  Today, as CEO of the Bri-Stor Group, he reflects on his own career and the tough lessons he learned along the way.  “Growing up in the 80s and 90s I didn’t see a lot of my parents; they were always at work and I suppose looking back I didn’t really have a full appreciation of their hard work and what it meant for my future.  At that time, I spent a lot of time playing sport, in particular cricket and hockey and enjoyed playing at a reasonably high level.  As for school, I was a challenging lad to say the least, I was a bright kid and I loved my school, but I was quite mischievous and was often looking for clever ways to distract my mates and the teaching staff.  That said, I did pretty well in my GCSEs and A Levels, and the turning point really came for me when I was 18 and took up a place on a four-year degree at Bath University, studying International Business and Foreign Languages.”

In year three of his degree Martin started a role at Peugeot, based in Paris, a turning point in his future, as he explains: “my role at Peugeot really changed my view of the workplace.  I’d always done well academically but this was my first opportunity to really get stuck into something outside of education. It was an incredible experience and built my confidence no-end.  It was never a given that I would work for Bri-Stor Group, far from it, my dad’s view was “you make your own way son” so that’s exactly what I did.  I worked flat out at Peugeot, rarely seeing anything other than the inside of the office or my tiny flat – but it was a solid grounding.”

Graduating from Bath University and gaining experience in the world of manufacturing and engineering, Martin felt he was set for a career in the family business, he tells us what happened next: “I can recall the conversation with my dad about joining the business and he was adamant that I had to go and find out my value was in the world of work.  What he meant was, go and get three job offers and we’ll talk about a job at Bri-Stor Group.  So that’s what I did, I got offers from three global management consultancy businesses and my dad’s response? “Well done son.  You can have half the salary and you can start in the paint shop, on the night shift” – so that’s exactly what I did.”

For several years Martin worked night shifts, day shifts and a combination of the two.  He worked in all departments learning the shopfloor skills required to run the business and eventually became Production Manager in Alpha Manufacturing, he continues: “It was pure hard work, but to this day I remind people that you shouldn’t expect somebody to do something you wouldn’t be prepared to do yourself.  That mindset has stayed with me throughout my career in the Group and is a strong part of our culture today.  I look at how hard the teams work throughout the business, but what really stands out is the strong team ethic that underpins it all.  As we welcome new Apprentices into the business, I know we are giving them the very best opportunity to develop a successful career.  In truth, if you’re wondering if an Apprenticeship will broaden your horizons, then read about Paul Clews’ and Simon Webb’s career – they are the very essence of how an Apprenticeship can pave the way for a bright, successful future.”

What are you looking for in this year’s Apprentices? “As with every cohort of Apprentices, we expect to see determination and the willingness to try new skills.  For many of this year’s intake, regardless of age, they will have experienced a really disruptive education, so we are looking for Apprentices with a really strong, positive mindset.  Joining the Bri-Stor Group is the start of an exciting chapter.” 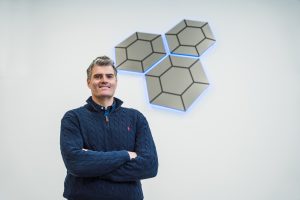 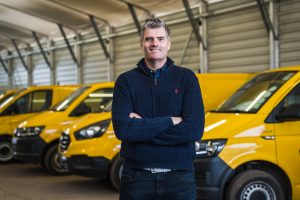 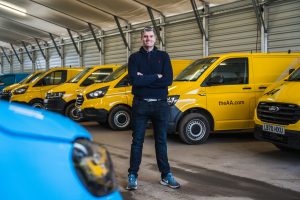